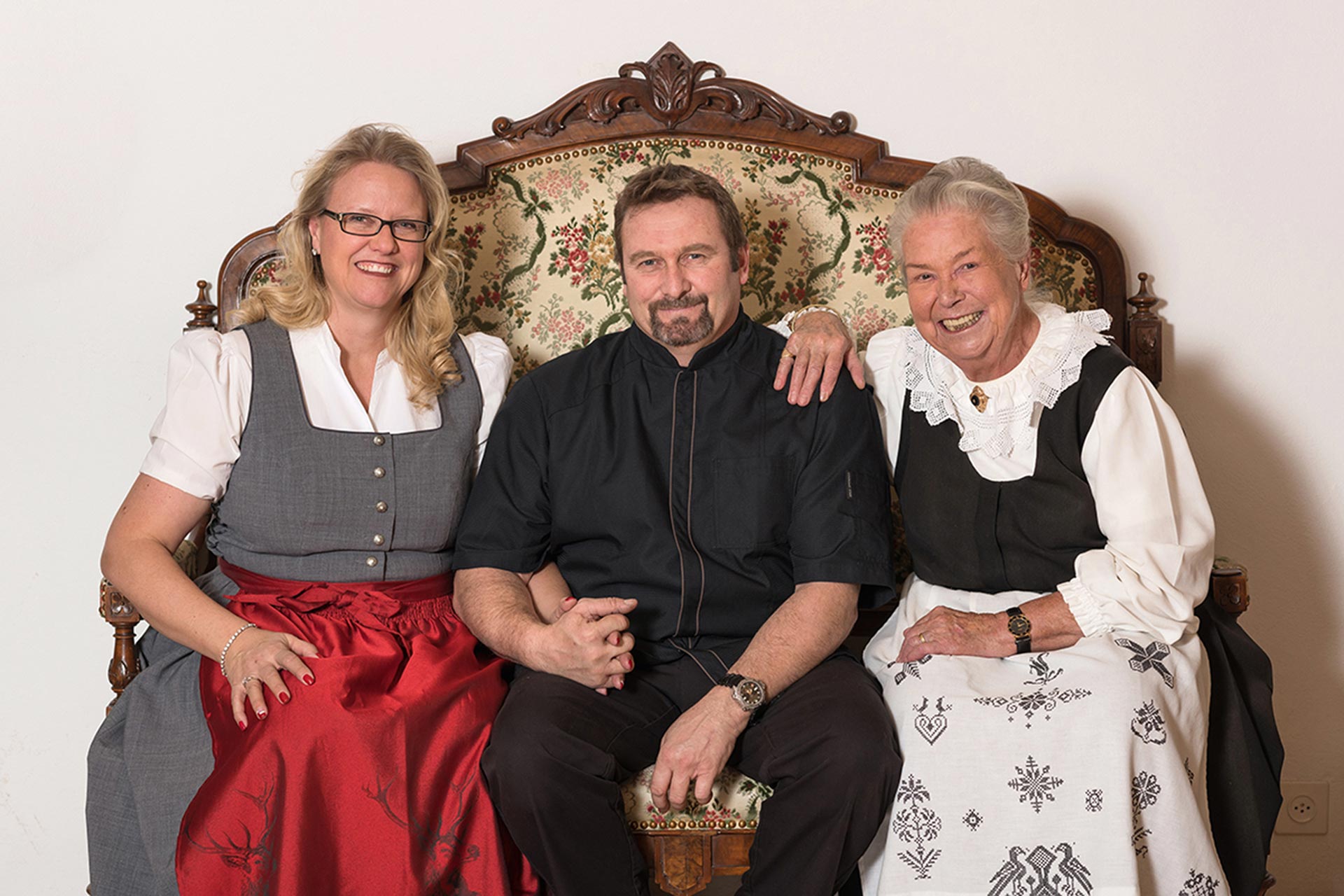 Dear guests, we are very pleased to welcome you to the Seraina. Our Nona Ladina Kobler-Giovanoli has been working here in the hotel since 1961 and provides advice and support whenever possible. Since May 1998 the “young ones” are now at work and we would like to introduce ourselves briefly.

Sabine Kobler-Schmandtke, born on May 29, 1972 in Unterseen/BE, completed a commercial apprenticeship at the end of the 1980s at the then Grand Hotel Beau-Rivage in Interlaken. After that, her path led her via Grindelwald to Adelboden and then directly to Silvaplana in the Engadin in 1994. As Chef de Réception at the Hotel Albana she met and fell in love with Markus. After a 2-year engagement at Kurverein Sils, the young couple decided to gain a foothold in their parents’ business. In 1999 they got married and are now proud parents of Florian (2000), Nico (2003), and Dorina (2006).

Markus Kobler was born on July 15, 1967 in Langnau am Albis. When he was just under 2 years old, he came to the Engadin with his father, who met and married Ladina there. After finishing school, he completed a 3-year apprenticeship as a cook at the Palace Hotel in St. Moritz. After the apprenticeship he wanted to do something else and worked in construction for 10 years. Trucks and excavators were and are his great passion. Only because of the love and influence of his parents came the decision in 1998 to join his parents’ business after all. After the death of his father in 2000, he was suddenly the “boss” of the house and has settled into this role.